Apple recently announced Web Extensions for Safari – an update allowing developers to use the same code as adopted by browsers such as Google Chrome and Firefox.

It sounded promising that I'd be able to apply the existing Paced Email browser extension codebase for Google Chrome and Firefox to Safari.

Having only to support a single app but have it work across three major browsers seemed too good to be true. So last week, I set about converting the Paced Email web extension for Safari.

It took a SINGLE command. Nice.

Check out my Tweet about the conversion if you're interested in learning more about how I did it.

I uploaded the application to Apple's App Store for review. They approved the package a few days later without the need for any edits.

It's now available on the App Store for macOS for you to install here https://apps.apple.com/app/id1532523816.

Check it out and give it a review if you like it! I'd appreciate it. 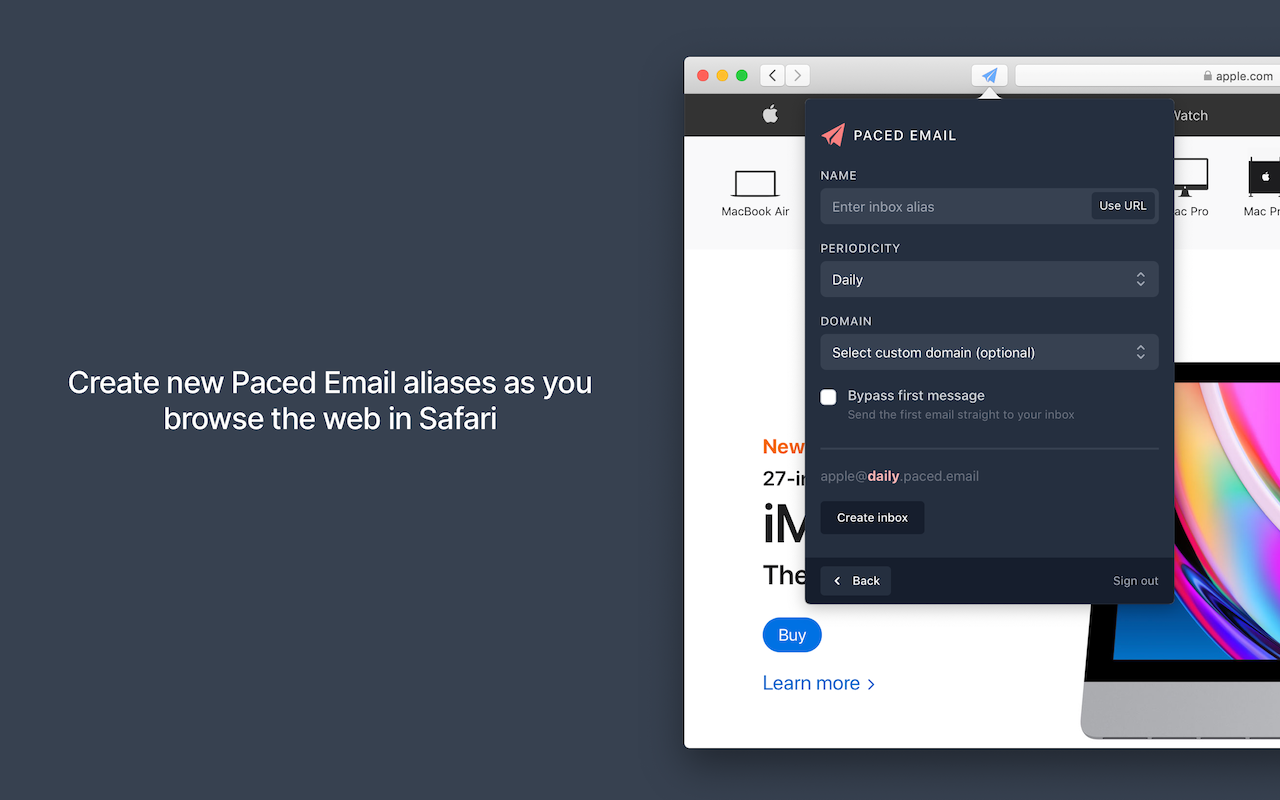 ← Back to the blog